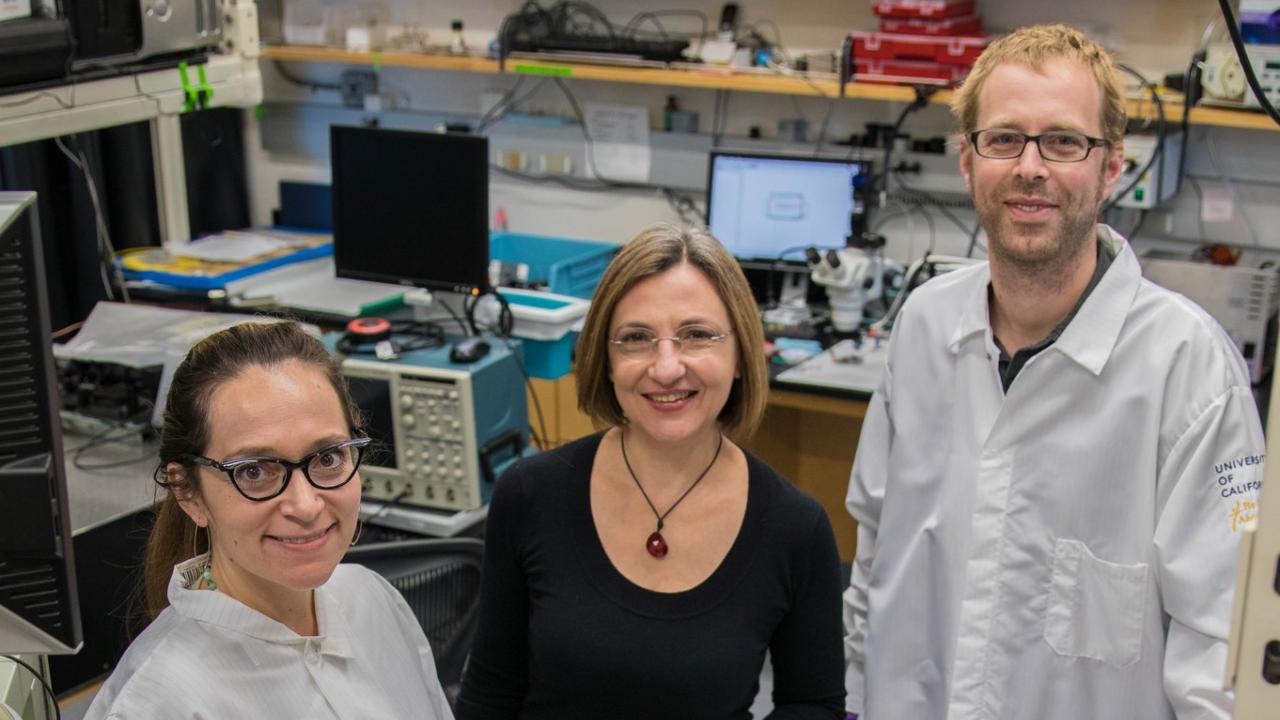 Laura Marcu Named a Fellow of the Optical Society

Laura Marcu, a professor in the UC Davis Department of Biomedical Engineering, has been named a Fellow of the Optical Society (OSA). The nomination and selection process is highly competitive: OSA Fellows are chosen based on their overall impact on optics, as gauged via factors such as specific scientific, engineering and technological contributions; a record of significant publications or patents related to optics; technical leadership in the field; and serve to OSA and the global optics community.

Marcu earned her Diploma of Engineer in Mechanical Engineering in 1984, at Romania’s Polytechnic Institute of Bucharest. She subsequently completed post-graduate work in spectroscopy, lasers and plasma physics at the University of Bucharest, before moving to the United States to obtain a master’s degree in biomedical engineering at USC, in 1995. She then earned her doctorate in the same field in 1998, also at USC.

Beginning in 2001, Marcu served a five-year term as Director of Biophotonics Research and Technology Development at Los Angeles’ Cedars-Sinai Medical Center. During that time, she also was a research associate professor in biomedical and electrical engineering/electrophysics at USC. She joined the UC Davis College of Engineering in January 2006, and she holds a joint appointment in the UC Davis School of Medicine, as a professor of neurological surgery. She also serves as co-leader of the biotechnology program within the UC Davis Cancer Center.

Marcu’s primary research interests include in  and imaging for the enhanced detection of disease (cancer, cardiovascular) in human tissue; fluorescence-based, minimally invasive medical diagnostics technology; high-spatial- and time-resolution optical techniques for molecular imaging; optical bioMEMs; bionanophotonics; and nanocrystal applications to molecular imaging. She is an active member of the greater optics community as a Fellow of both the Biomedical Engineering Society (BMES), and the American Institute of Medical and Biological Engineering. In the spring of 2012, she also was named a Fellow of SPIE, the international society for optics and photonics. In late 2013, she was named “Domain Leader” of the UC Davis branch of the University of California BRAID (Biomedical Research Acceleration, Integration and Development) Center for Accelerated Innovation.

The Optical Society, founded in 1916, is the leading professional association in optics and photonics, home to accomplished science, engineering and business leaders from all over the world. Through world-renowned publications, meetings and membership programs, OSA provides quality information and inspiring interactions that power achievements in the science of light.