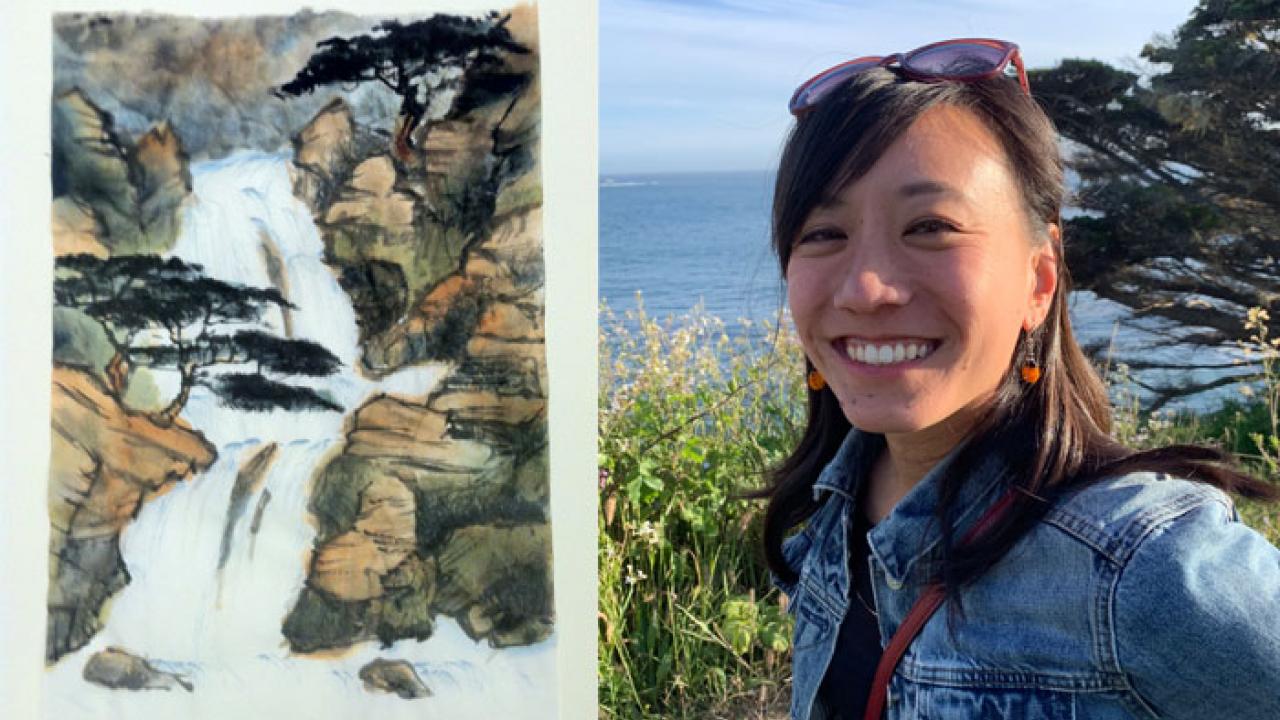 When Audrey Fan, assistant professor of biomedical engineering and neurology at UC Davis, was an undergraduate at Stanford University, she would pass the time between lab experiments at the campus art museums. Several years later, she took up Chinese brush painting, volunteered at those same art museums and developed a keen appreciation for the connection between art and science.

Her interest in Chinese brush painting began from a desire to balance research and life as a doctoral student at MIT and continued as a postdoc at Stanford. Using rice paper and watercolor, this art form is all about capturing the essence of a particular subject.

“It’s kind of unforgiving in the sense that you really can’t trace over your strokes. I’m really in the zone when I’m doing it. Every stroke is important and helps me focus,” said Fan.

Fan likened this skill to the condensing of complex concepts or data in her scientific work into a solidified idea.

“We have to consider the best way to present data in a concise and visually appealing manner. I think that can go a long way in terms of promoting your science and communicating it, especially if the underlying data is very complex. Just like art, there are principles, but it takes practice. It takes intuition; it takes messing up,” said Fan.

Now the leader of the Functional Advanced Neuroimaging Lab at UC Davis, Fan sees even more connections between art and science as an imaging physicist.

“I think some of the most beautiful, scientific, informative images I’ve seen are of the brain,” said Fan, highlighting the scans from diffusion tensor imaging, a neuroimaging technique that allows for the depiction of white matter tracts in the brain. “They show the complex structural connectivity of the brain in a way that I think is just very beautiful.”

Women in STEM Diversity in STEM