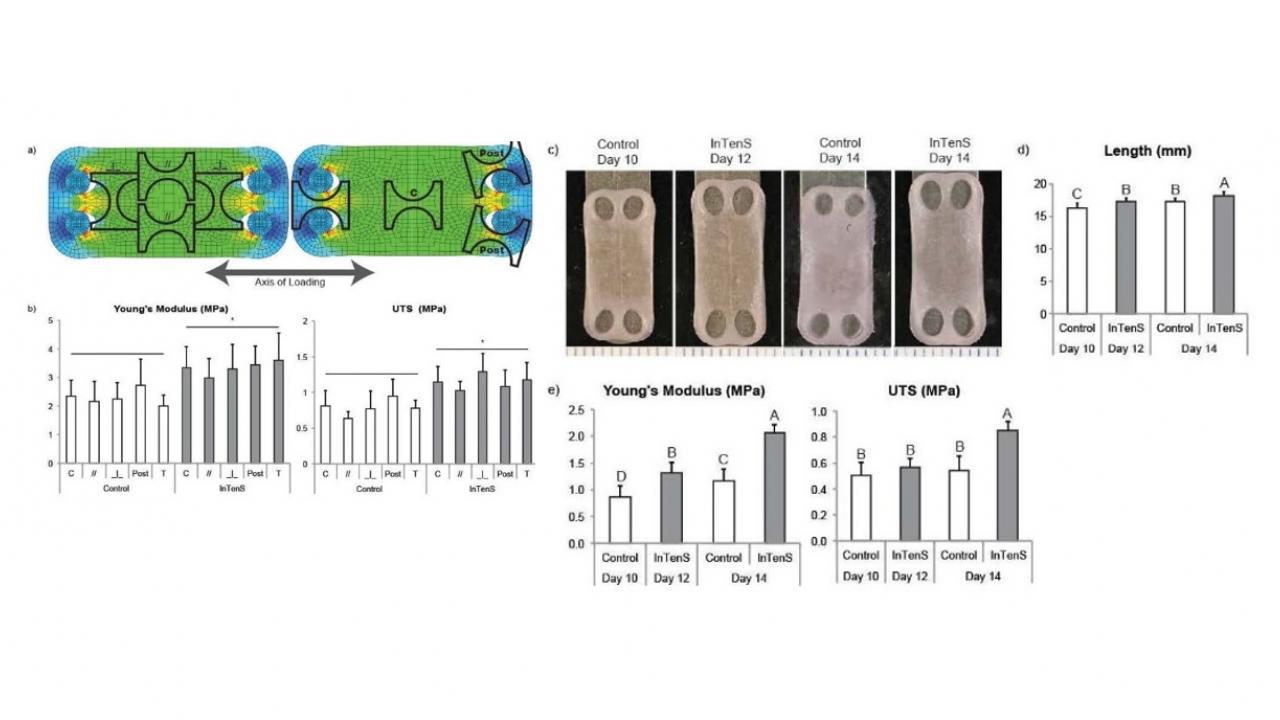 Scientists have known for 2,300 years that articular cartilage neither repairs itself nor regenerates with ease. “Cartilage, when once cut off, [does not] grow again,” observed Aristotle, the Greek philosopher and scientist, in the fourth century BC.  In the last fifty years, scientists have succeeded in creating tissue that closely resembles native cartilage, but the engineered tissue lacks the tensile values required to endure the natural strains it would encounter when implanted in human joints to replace damaged cartilage. Scientists have tried chemical stimulation, as well as mechanical stimulation in the form of compression, hydrostatic pressure or shear, to mimic the kinds of biomechanical forces that help produce strong cartilage in the growing body, with mixed results.

Now, for the first time, a group of biomedical engineers at UC Davis has used tension successfully to produce cartilage with tensile properties at the level of native tissue. In a new paper published in Nature Materials, Jennifer Lee, Le Huwe, Nikolaos Paschos, Ashkan Aryaei, Courtney Gegg, Jerry Hu, and Kyriacos Athanasiou describe the creation of scaffold-free tissue that they placed in devices that stretched it gently lengthwise with intermittent and constant tension for five days. They found increases in tensile modulus and strength six (6) times those of untreated neocartilage, values at the levels of native cartilage.

Morphological differences are present in week 4 neocartilage prior to in vivo implantation, as well as in CoTenS-treated tissues.

The Nature Materials paper comprises a series of sequential studies that first used animal and then human cells to demonstrate, both in the lab but also in a live system, that tension can drive exceptional tissue formation. The authors think the tension devices they invented could be used to strengthen other engineered tissues, such as ligament, tendon, muscle, or bone, whether they use scaffolds or not.