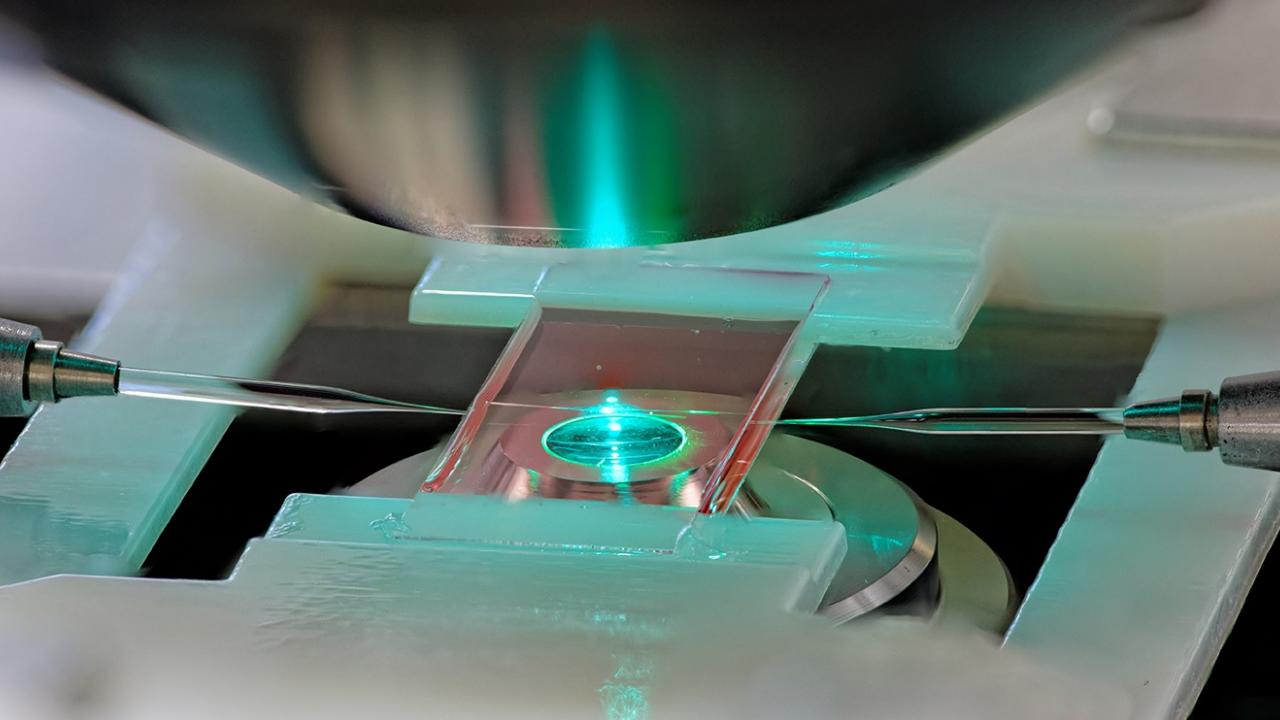 The Centers for Disease Control estimate that typhoid fever affects 21.5 million people around the world each year, and the World Health Organization estimates it causes at least 600,000 deaths. Caused by the Salmonella Typhi bacterium, ingested in food or drink contaminated by the urine or feces of infected people, it is uncommon in regions with adequate sanitation and clean water. However, there are also around 7,500 cases in the United States annually. Globally, it remains a major health problem because it is difficult to eradicate. A vaccine exists, but it is not often available in the regions where it is needed the most and, if left untreated, around 12%-30% of patients will die.

Now, Volkmar Heinrich’s lab has collaborated on research that discovered a mechanism by which Salmonella Typhi evades recognition by the body’s immune cells. By offering a deeper understanding of how our immune defenses recognize—or fail to recognize—pathogenic invaders, this research could help lead to better ways to fight typhoid fever and other virulent bacterial diseases. The work also demonstrates the advantages of strong interdisciplinary collaborations.

Salmonella Typhi has a close relative, Salmonella thyphimurium, that causes less virulent, localized gastroenteritis. Scientists have long known that the virulent bacteria possess a thick, mucous-like polysaccharide layer, or “capsule” on their surface that allows them to slip right past immune cells, and avoid being consumed by them. The new research examined the capsular polysaccharides of both bacteria.

In collaboration with the group of Prof. Andreas Bäumler (UC Davis Dept. of Medical Microbiology and Immunology), four members of the laboratory of Volkmar Heinrich (Cheng-Yuk Lee, Chenzhou Yu, Christine Hastey, and V.H.) have examined interactions of Salmonella bacteria with neutrophils, the most abundant white blood cells in humans. The interdisciplinary research team discovered that Salmonella Typhi uses a capsular polysaccharide to inhibit complement-mediated chemotaxis by neutrophils and thus to escape detection by these immune cells from a distance. The Heinrich Group members of the research team contributed state-of-the-art single-cell methodology to this work. They used optical tweezers and micropipette manipulation to examine encounters between individual neutrophils and the bacteria with unprecedented control. In these experiments, the neutrophil morphology itself becomes a direct biosensor of minuscule amounts of chemoattractants that are otherwise difficult, if not impossible, to detect.

Using these tools, the authors discovered an important mechanism by which some pathogens (like Salmonella Typhi, the cause of typhoid fever), in contrast to others (like the closely related S. Typhimurium, the cause of gastroenteritis), can evade recognition by human immune cells. For example, the serum component that chiefly enables the immune cells to locate and home in on nearby S. Typhimurium bacteria is the anaphylatoxin C5a. To prevent the accumulation of C5a (which may cause shock-like symptoms), this peptide, once produced at the pathogen surface and released, is quickly deactivated by serum enzymes. As a result, the chemical detection of C5a is extremely difficult. Overcoming this difficulty, the Heinrich lab has established the use of individual white blood cells as ultrasensitive biodetectors that signal the presence of tiny amounts of C5a. Evolution has programmed these cells to chase down the source of C5a release by chemotaxis.

With single-cell manipulation techniques, such a cell can be maneuvered into the proximity of a suspected C5a source, such as a bacterium (which can be captured and held in place by laser-optical tweezers or a micropipette). If the cell appears to “reach out” toward the bacterium by forming a directional pseudopod, the resulting cell morphology serves as a clear readout for the presence of C5a. This is but one example demonstrating how innovative concepts and behavior and tackle scientific questions that are inaccessible to traditional biological methods.

The study (including 13 supporting videos) was published in the August, 2014 issue of PLOS Pathogens (http://www.plospathogens.org/article/info%3Adoi%2F10.1371%2Fjournal.ppat.1004306) and highlighted in the August 26 issue of Nature Reviews Microbiology (http://www.nature.com/nrmicro/journal/v12/n10/full/nrmicro3350.html).