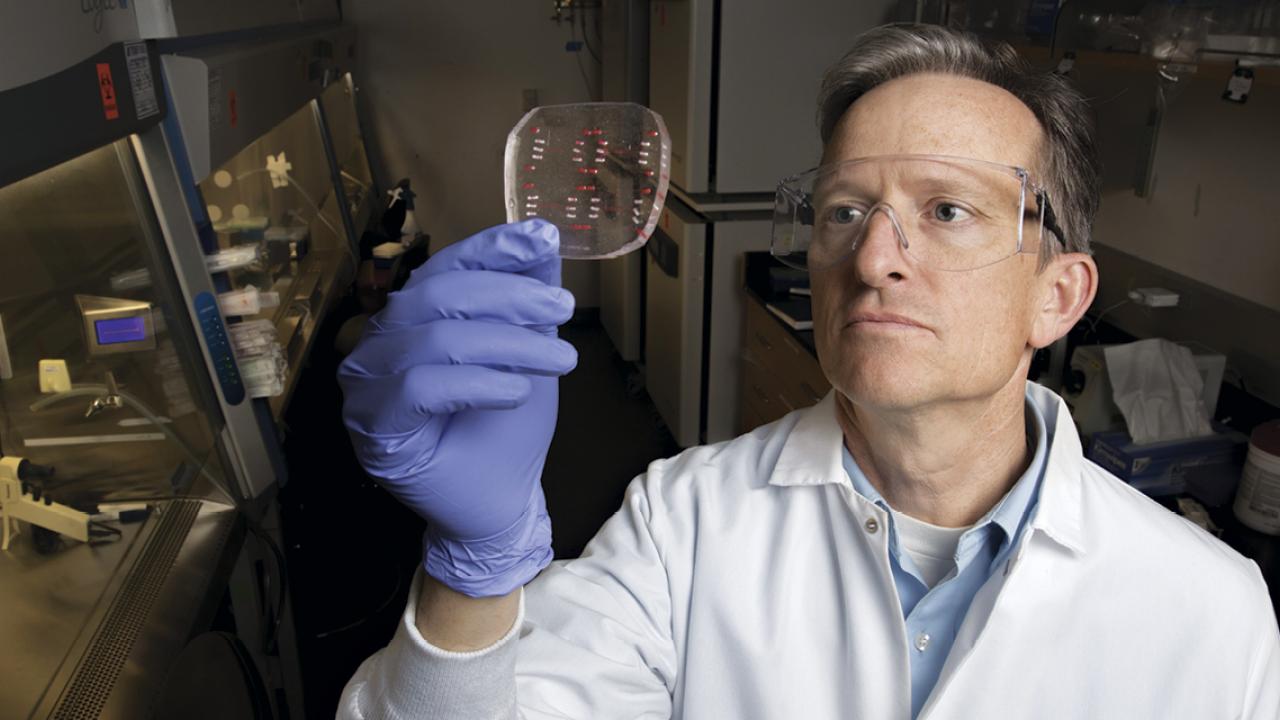 “I’m excited and quite energized by the opportunity to lead the UC Davis Biomedical Engineering Department,” said George. “While I have only been on campus for less than two years, it is clear to me that there are opportunities for growth and impact.”

George has accepted a five-year term as department chair, with his leadership going through 2023.

One area of keen interest for George includes developing a one-year master’s of engineering program that would focus on accelerating the development of entrepreneurial and commercialization skills in young biomedical engineers interested in a long and impactful career in the private sector. Another area of interest is to enhance the department’s relationship with the UC Davis School of Medicine through the hiring of faculty with translational-oriented research programs.

George was on the faculty at the University of California, Irvine, for 19 years (1995-2014), where he was the founding William J. Link Professor and Chair of Biomedical Engineering for seven years (2002-2009) and pursued a range of research interests including pulmonary gas exchange, lung mechanics, vascularizing engineered tissues and microphysiological systems.

“Biomedical engineering is naturally at the interface of traditional scientific disciplines such as medicine, biology and engineering, providing terrific opportunities for innovative and impactful research,” said George. “My work leverages the physics and math of microfluidic devices with advances in stem-cell biology to create new models of human tissue to ultimately enhance the process of drug discovery. Other faculty in the department are designing new methods to image the entire human body in a noninvasive fashion to potentially completely improve how we diagnose, treat and follow diseases such as cancer.”

George replaces Dr. Alyssa Panitch, who has been department chair since June 2016. Panitch has accepted a new position in the UC Davis College of Engineering – Executive Dean/Associate Dean of Personnel – where, together with Dean Jennifer Curtis and other college and university leaders, she will help chart the course for the College’s future.

“I’m absolutely thrilled and honored to accept this new opportunity,” said Panitch, noting that she will still be able to teach, train and mentor biomedical-engineering students as part of her new position. “I’m looking forward to helping spread the word about all the amazing research, innovation and collaboration taking place at UC Davis: one of the nation’s top engineering universities.”

The UC Davis Biomedical Engineering Department graduate program is ranked 21 and the undergraduate program is ranked 26 by U.S. News and World Report. Consisting of eight departments, the UC Davis College of Engineering is ranked 33 out of nearly 200 public and private graduate engineering programs according to U.S. News and World Report graduate rankings of America's Best Graduate Schools. The Biomedical Engineering Department serves more than 400 undergraduate students and more than 90 graduate students, features 38 faculty and is home to the UC Davis Center for Molecular and Genomic Imaging as well as the university’s TEAM Prototyping Labs. For more information on the college, department and university, please visit bme.ucdavis.edu.