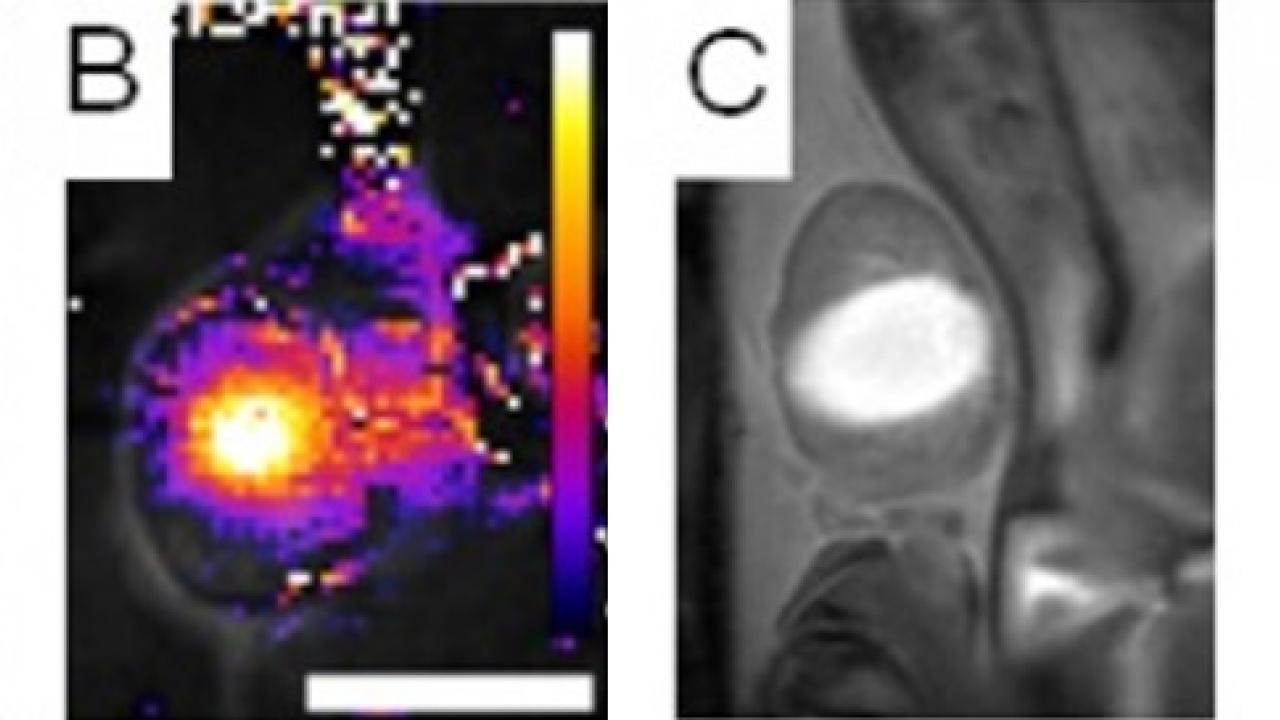 Magnetic resonance–guided focused ultrasound (MRgFUS) thermal ablation is a noninvasive, image-guided thermal treatment for cancer. The effectiveness of MRgFUS can be limited by the need to spare normal tissue or critical structures on the tumor margins, as well as the need to eliminate micrometastases.

However, in a new paper in The Journal of Clinical Investigation, Katherine W. Ferrara, a Distinguished Professor of Biomedical Engineering at UC Davis, and her colleagues report on a strategy that can destroy an entire tumor without thermal destruction of the tumor margin. Her group demonstrated a dramatic increase in the concentration of anti-cancer chemotherapy within several types of MRgFUS thermal ablation-treated tumors.

“MRgFUS is already FDA approved for the treatment of uterine fibroids and palliation of bone metastases. We hope to expand the indication for MRgFUS by supplementing it with chemotherapy,” said first author Andrew Wong, a M.D./Ph.D. student with the UC Davis Physician Scientist Training Program.

Dr. Ferrara’s previous research has shown that ultrasound-induced mild hyperthermia can enhance the accumulation of nanoparticle chemotherapeutics, but the accumulation has been shown to be dependent on the type of tumor. Her group hypothesized that combining thermal ablation and chemotherapy could improve efficacy across multiple types of tumors.

In addition to the effects observed with nanoparticle chemotherapy, Dr. Ferrara’s team used MRI to demonstrate extremely rapid and transient enhancement of a small molecule contrast agent, a phenomenon which may be useful for monitoring of treatment or the delivery of targeted small molecule therapies with short circulation time.

Dr. Ferrara’s research team found that the enhanced drug accumulation induced by MRgFUS resulted in improved survival and a consistent cure in their preclinical model of breast cancer. Even incomplete chemo-ablation protocols that left most of the tumor intact were capable of extending survival, a step forward for the noninvasive therapy of otherwise non-operable cancer. They also demonstrated that an effective cure could be achieved with a carefully designed protocol involving heat-activated nanoparticles, which, when gently heated by ultrasound, release their chemotherapeutic payload in the vasculature surrounding the tumor. The group concluded that even when MRgFUS ablation cannot destroy every tumor cell due to the need to spare surrounding tissues, combining the treatment with supplemental nanoparticle chemotherapy consistently eliminated tumors and enhanced survival.