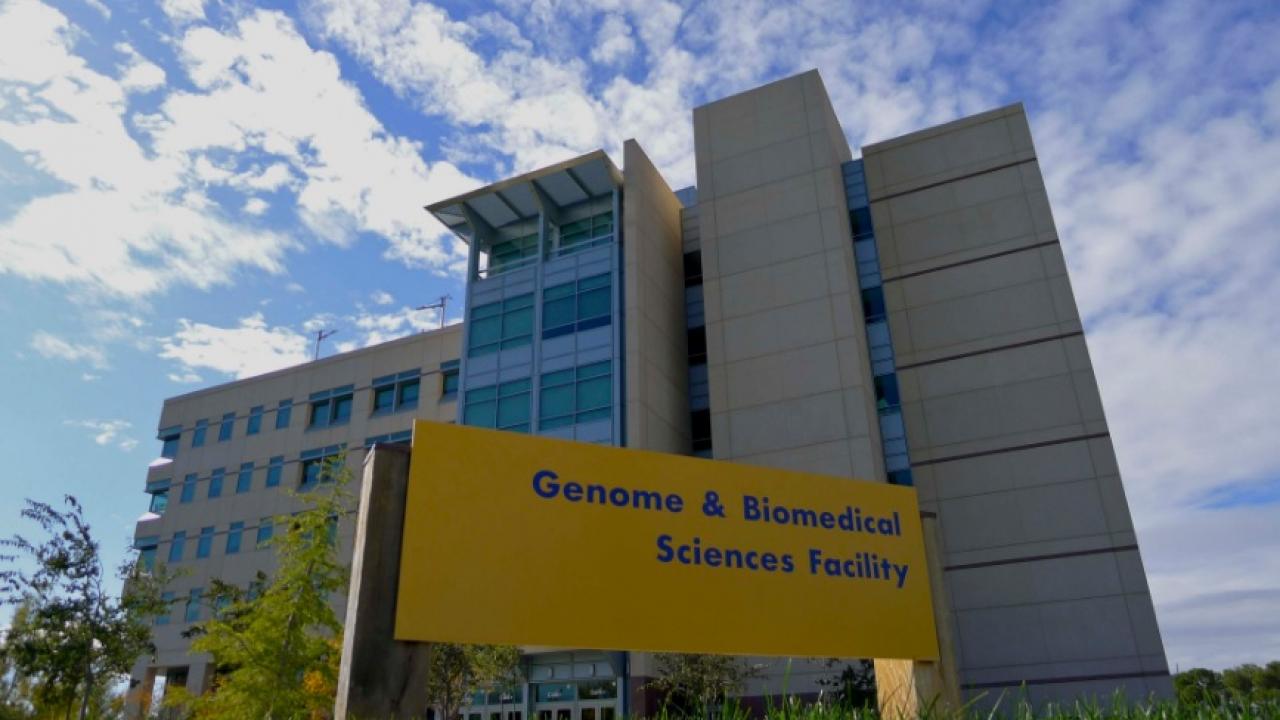 A hawk circles lazily in the morning sky outside the window of biomedical engineering Professor Marc Facciotti’s office, overlooking a scenic, tree-covered part of the UC Davis campus. It’s cozy and warm with natural sunlight, which seems appropriate because we’re talking about opsins, light sensitive proteins. You are probably most familiar with the opsin – called rhodopsin – that serves as a photoreceptor in your eyes. Today, however, our opsin of choice is bacteriorhodopsin (bR), a microbial protein found in the salt-loving archaea, Halobacterium salinarum. bR’s primary function is to convert light energy into chemical energy for the organism. “It’s a molecular-sized solar battery charger”, says Facciotti. Due to its robustness, bR has found its way into a wide range of device applications, from light sensing arrays, to optical switches, to optical data storage, and even photochromic papers and inks. A recent report by scientists at Argon National Laboratory even showed that the right combination of bR and semiconducting nanoparticles could create novel photocatalysts for hydrogen generation, which might some day produce green energy from simply water and sunlight. And now, Prof. Facciotti’s group, together with biomedical engineering colleagues Drs. Yong Duan and Ting Wang, have published several discoveries that help explain how some important parts of this versatile molecular machine actually work.

As Facciotti explains it, the ability to utilize the bR and other opsins as tools is limited by what we know about how the protein actually works. In Halobacterium, bacteriorhodopsin works as a “proton pump” moving positively charged hydrogen ions from the inside of the cell to the outside. bR accomplishes this by absorbing photons and using this light energy to trigger a series of changes in the protein structure that collectively drive protons from the cytoplasm across the cell membrane. The higher concentration of protons outside the cell causes an imbalance in pH and an electric potential that creates energy for the cell.

“A simple way to think of this process,” Facciotti explains, “is that bR acts like a little machine. It has levers, springs, and fulcrum points that must act in concert to channel the capture of light energy to the coordinated pushing and pulling of protons and the timed opening and closing of gates on either side of the membrane. Our job is to map these structural changes and to understand how the transitions between structural states are associated with the capture, movement, and release of protons.”

A model of bacteriorhodopsin

Even though elements of the proton pumping process have been studied for years in bR, no one knew specifically how the entry of protons was controlled. While it was previously known that a large structural change resembling an “opening” happened on the cytoplasmic side, its contribution to the actual loading of protons remained a mystery. In a paper published February 5, 2013 in the journal, Structure, Facciotti, along with BME colleagues Prof. Yong Duan, Research Scientist Ting Wang, former BME undergraduate Ayla Sessions, and additional collaborators demonstrated through a combination of x-ray crystallography and molecular dynamics simulations that this mechanical “opening” alone is not enough to cause the movement of protons into the protein. Instead, the movement of protons depends on whether or not the specific amino acid D96 exists in a protonated (uncharged) or unprotonated (charged) state. D96 acts as an electronic “latch” that controls the flow of protons into the protein based on its protonation state.

In a follow-up study, published July 29th in the journal PLoS One, Facciotti, Duan, and Wang explain how the proton, once bound, stays bound rather than flowing back into the cytoplasm. “In a sense, we’ve explained not only how the gate opens but also how the protein ensures that the protons don’t sneak back out while the gate closes. This not only solves longstanding mysteries in the field but it also gives us key mechanistic information about a whole class of opsins that might help us to engineer them for completely new functions,” says Facciotti. The team, in collaboration with German scientists, is now submitting a third study for publication that shows how their discoveries can be applied to understanding the physiological behavior of a mutant version of bR.

Where is the team going next? “I’d like to see if we can apply these methods for understanding these proteins to building a opsin-based toolkit for practical applications”, says Facciotti. Two areas of interests are optogenetics and engineering designer membrane transporters. The field of optogenetics, named 2010’s “Method of the Year” by Nature Methods, is the combinatorial of use of light-sensitive proteins (usually opsins) and light to study and control biological systems. Scientists use this technique to learn how opsin-expressing cells functions by stimulating them with light from a fiber optic cable. For example, scientists can make mouse neurons that have been transfected with microbial opsins fire at will simply by shining light on them. “With optogenetics, you can control certain behaviors of the cell in both space and time. It’s tremendously powerful,” says Facciotti.

Neuroscientists are using this technology to understand brain physiology in ways that could transform our knowledge of and treatments for diseases that involve disruptions in the information-processing circuitry of the brain, such as schizophrenia, autism, and Parkinson’s disease. Opsins have also been introduced into other kinds of cells, such as cardiac cells, and might one day lead to treatment for arrhythmias.

“In order for these technologies to be more completely developed, we need to know opsins work. We know about what natural opsins do, but not nearly as much about how they do it,” Facciotti explains. That means that while existing opsins are already proving to be highly useful, it remains challenging to engineer them for custom applications. “For example, let’s say I want to stimulate cells with a blue light and transport a specific compound across a cell membrane at a particular rate, perhaps for a tissue engineering application. Right now, the tool shelf is rather bare and we can’t reliably engineer a custom opsin with our current level of knowledge. If we get a better understanding of the design elements for these proteins and how their functional components interact at a molecular level, it gives us a much better shot at delivering the novel function we want.” Facciotti imagines that the opsin scaffold, which has been extensively repurposed by nature, might ultimately be likewise engineered to create custom signaling molecules and transporters for a variety of bioengineering applications from nanotech to cellular engineering.