Professor Scott Simon, head of the Simon Laboratory of Inflammation Biomechanics at the College of Engineering, leads a team of graduate students and postdocs in studying the functions of immune cells in inflammation diseases, particularly psoriasis and drug-resistant Staph aureus – a group of bacteria that cause a variety of tissue infections.

By utilizing technological innovations to study the cells’ activities, especially the behavior of infection-attacking neutrophils, they hope to understand the inner workings and translate their findings into patient-customized, targeted drugs and treatments that will combat autoimmune diseases like psoriasis, as well as antibiotic-resistant bacterial infections.

Bodies out of balance

More than 8 million people in the United States have psoriasis, and about 125 million are affected worldwide. According to the World Psoriasis Day consortium, that’s up to 3 percent of the global population. Although Psoriasis has no known cure, drugs that target inflammatory molecules in blood provide some relief from moderate and severe disease.

Worse, psoriasis is accompanied by higher rates of other comorbidities, including heart disease, depression, diabetes, obesity, arthritis, and metabolic syndrome. That’s because psoriasis is an outward expression of elevated systemic inflammation caused by a dysfunctional immune system throughout the body.

With psoriasis and many other types of physical afflictions, the cause is an immune system that has adapted too well to a rapidly changing environment, Simon said.

“Inflammation is what the body does really well. It protects us, but it can become maladaptive,” he said. “The immune system is working so well it puts us out of balance; it’s injuring tissue. Asthma is the immune system responding too well to small particles or pollen. Some of the people most affected by obesity … have gained genes that have enabled them to store fat super efficiently. These systems have evolved over millions of years. You can’t simply take them away and assume you solve chronic diseases.”

Understanding how an individual’s innate immune system becomes maladapted to metabolic and pathogenic stressors and restores the body’s balance is the objective of Simon’s research.

With psoriasis, the culprit is an essential player in the innate immune system – neutrophils, the most abundant type of white blood cells that are constantly produced in bone marrow and released into circulation. Neutrophils rush through blood vessels to the site of infection, tracking various signals the body sends out like emergency flares.

Their complex behavior – and propensity to cause as much harm as good – are what first fascinated Simon as a graduate student and drove his 30-year career focus on the immune system. 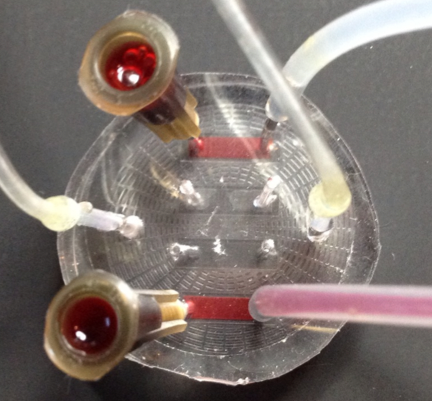 Using lab on a chip technology to study neutrophils

“You can’t always observe how neutrophils are being delivered and getting into the tissue in a human,” he said. “If you want to tease that process apart, you have to have devices to study these cells in a simulated mechanically controlled environment where you mimic the molecular cues that trigger them into action.”

A current research grant from the National Institutes of Health funds a collaboration between the Simon’s and Steven George’s labs, both at UC Davis, to develop an immune- chip that links bone marrow, circulation and skin components.

“We are designing vascular mimetics where we can observe those neutrophils rolling and arresting and becoming activated. That’s one technology that is being developed in our lab that’s sort of novel. I think that’s where we’re as good as any in the world at understanding the mechanobiology by observing cell behavior in these devices.” 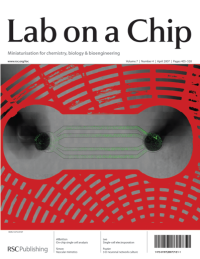 Over the course of three decades of continuous NIH research grant funding, the Simon Laboratory has reached an understanding of how neutrophils work in healthy individuals. Now, the lab is pivoting to working with patients seen in the Department of Dermatology at UC Davis Medical Center to discover highly customized treatments through precision medicine approaches.

Currently, autoimmune diseases like psoriasis are being treated with a class of medications called biologics.

“They tend to tune down inflammatory response of the entire immune system, but they don’t focus on the neutrophils coming in and why they’re coming in,” Simon said.

When a drug works at an entire system level, such as lowering the innate immune system, it can make the patient vulnerable to new infections and other problems.

The lab is searching for ways to deliver drugs targeted specifically to the overactive neutrophils by studying individual cells taken from patients.

For instance, with antibiotic-resistant bacteria, the lab imagines a skin patch that would deliver the bacteria-defeating neutrophils to the site of infection.

With autoimmune diseases like psoriasis, targeted treatment would analyze how a treatment works on individual patients by studying their own cells – a new approach called precision medicine.

“The tools we’re trying to develop are at two levels,” he said. “Number one, there’s about ten or even 50  specific molecules mediating these processes. Which of those molecules can you take away, so you’ve really balanced it? Once we’ve figured out that molecule number two, can you then produce assays to monitor the treatment process”?

He continued, “We want to take the cells out of the patient’s body and monitor the cell itself using lab chip diagnostics. That would be the best measure of whether you've solved the problem when you use a drug to eliminate a specific molecule causing disease.”