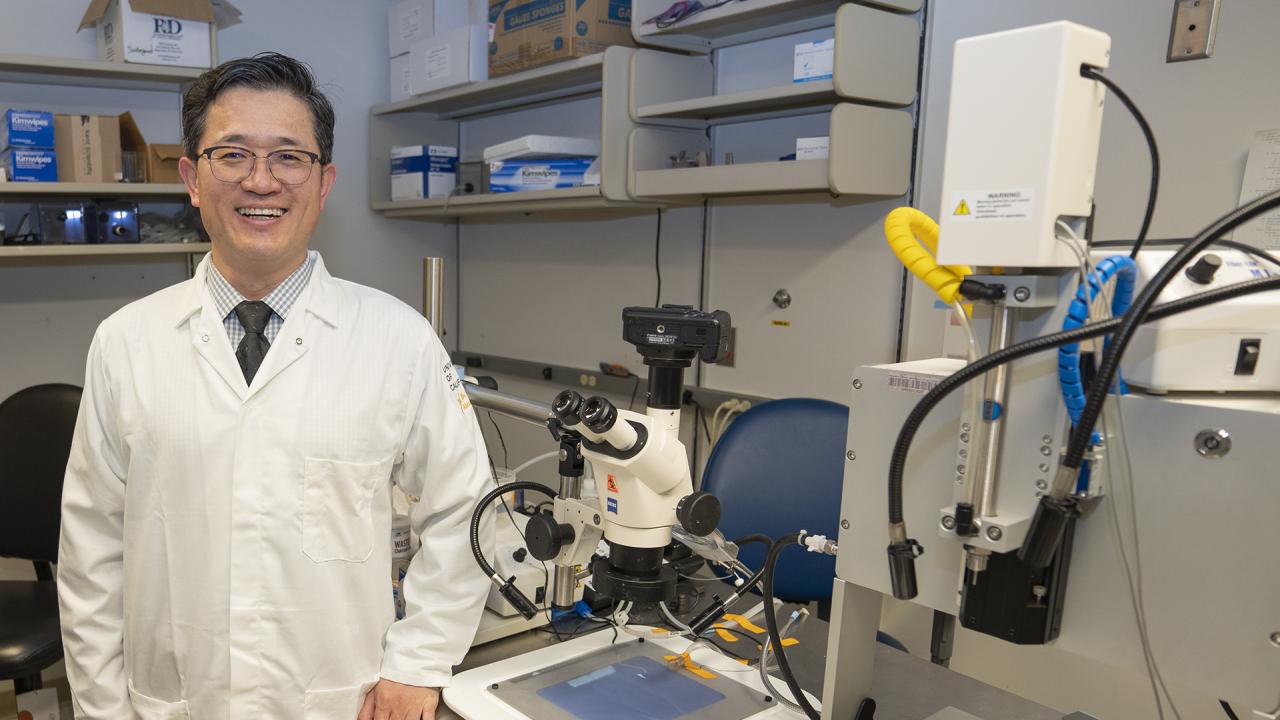 A research team from UC Davis Biomedical Engineering has recently been awarded a $3.1 million, two-year grant from the California Institute for Regenerative Medicine (CIRM) for an innovative medical device that could improve treatment outcomes and the quality of life for the more than two million people throughout the world who are on hemodialysis.

Professor Aijun Wang, who has a joint appointment between BME and the department of surgery at UC Davis Health, along with a team of UC Davis researchers and clinicians, including professor of BME Alyssa Panitch, distinguished professor of biochemistry Kit Lam, vascular surgeon Mimmie Kwong and kidney transplant surgeon Junichiro Sageshima, was awarded the translational grant to help take the medical device for vascular improvement from the proven research phase to prototyping and the animal testing, and possibly onto seeking FDA approval.

"We are really grateful for the support of CIRM, which has allowed us to translate our idea from the bench research and innovation to animal model testing before human trials," Wang said. "It has really helped us do innovative research to cure diseases and help patients."

The current device is designed explicitly for hemodialysis vascular access. Patients who have kidney failure need to have a port, often for many years, as they have an ongoing need to filter toxins out of their blood while waiting for a kidney transplant. The clinical products currently on the market were designed with mechanics in mind but are not biologically compliant. As a result, there is a high rate of “failure” for artificial vascular grafts, meaning blood clots occur or there is a narrowing of the blood vessels. According to reports from American journal of kidney diseases, the official journal of the National Kidney Foundation, 77 percent of people with an artificial graft report that the graft collapses or “fails” after one year and needs to be re-intervened. That number climbs to 96 percent after two years. The process of replacing the graft is physically taxing on patients and costly.

"Essentially, with our technology, we can cover the foreign vascular device with the patient’s own endothelial cells so the body doesn’t attack the foreign material, which can cause it to collapse,” Wang said. "We basically designed the surface of an artificial material to support native endothelial cell binding."

The device is also a "smart" device, according to Wang, because it can identify what kind of cells to capture, e.g., endothelial cells, and what cells not to capture, e.g., platelets and inflammatory cells. It also does not require a transplant of cells expanded outside of the body to work but instead works on its own to attract the available endothelial cells in the circulation to the device.

The team has successfully conducted several in vitro experiments and preliminary animal studies. This grant will allow the team to refine the prototype, work out the technical details in manufacturing to bring the product to market, and conduct prototype testing in small and large animal models with surgeons on the team with clinical expertise in kidney transplant surgery and vascular surgery. By the end of the grant, the goal is that they will have a pre-Investigational Device Exemption meeting with the Federal Drug Administration about how to bring this device to clinical trials.

"This grant is very critical from a technology development perspective, to get it commercialization ready," Wang said.

Wang said this work is a perfect example of the work happening at the Center for Surgical Bioengineering at UC Davis.

"We always look for clinical unmet needs and questions from the clinical faculty and connect those questions to our lab researchers doing innovative benchwork," he said. "I think our team is well-positioned to ask the right questions, develop the right technology, and conduct the necessary experiments to carry it forward to clinical translation."