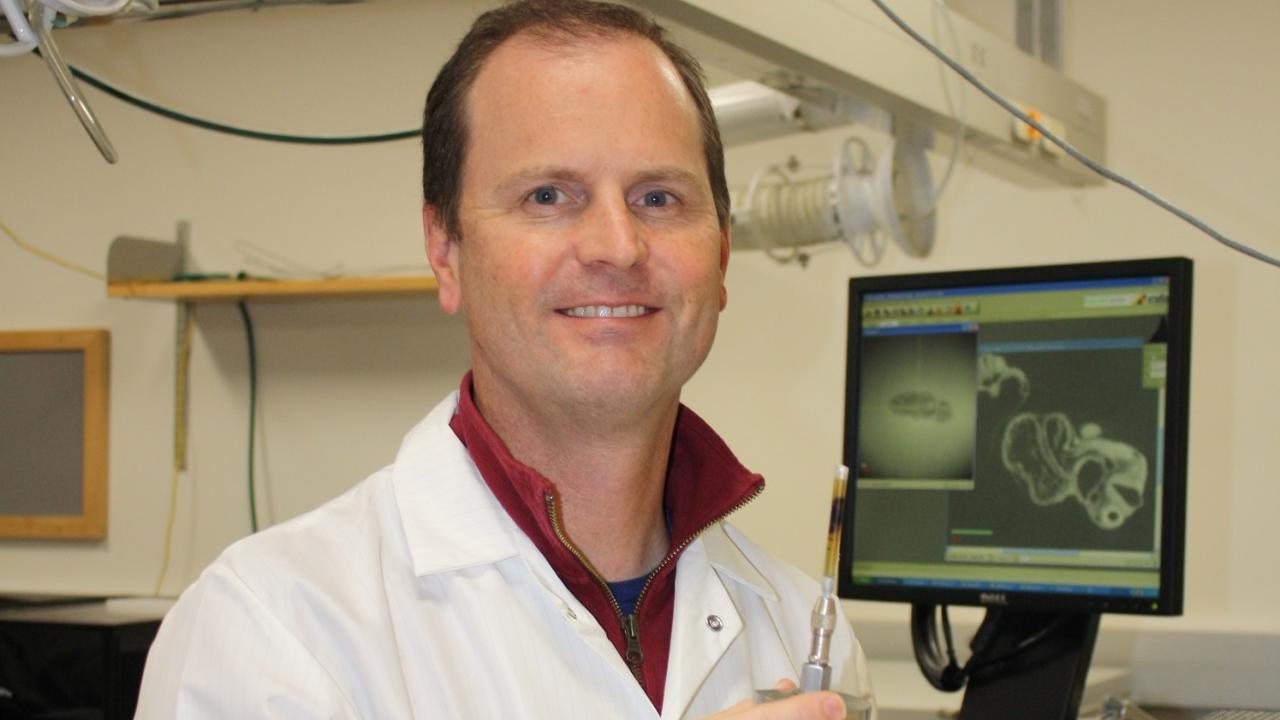 Lasting up to five years, the award will support and enhance Rowland’s research at the department’s state-of-the-art CMGI facility, where he works at the interface of biology, microscopy hardware and imaging software.

“I was surprised and excited when I heard the news that I was an Initiative recipient,” said Rowland. “We knew the competition would be of a high level, and I thought I might be a long shot, but I’m very grateful and humbled at being chosen.”

The award will fund Rowland’s ongoing CMGI imaging research and educational efforts, which include:

“We are beyond thrilled to have Doug recognized with this honor from the Chan Zuckerberg Initiative,” said CMGI Director Dr. Abhijit Chaudhari. “He is such a valuable member of our UC Davis team, and it’s wonderful to have others recognize his work as well.”

Rowland’s emphases are biomedical imaging and instrumentation for physics experiments. His early focus was on the production, chemistry and characterization of non-standard positron emission tomography (PET) radionuclides. From there, he transitioned into developing techniques for imaging small animals on microPET and microCT (computed tomography) technologies. Since 2007, he has been responsible for collaborating with principal investigators in the design and implementation of imaging experiments on the full complement of CMGI’s small-animal in vivo imaging technologies, including MRI (magnetic resonance imaging) and PET. Most recently, he has worked to establish a strong MRI research program at the CMGI. Rowland also served as co-director of the Animal Imaging Shared Resource (AISR) of the UC Davis Cancer Center from 2010 to 2019. He received his Ph.D. in chemistry from Texas A&M University and joined the CMGI team in 2007.